Randal manages the vineyard and together with his father, is the major driving force behind the Tomich label. Randal project managed the vineyard development, overseeing every detail from the conception of the vineyard through to harvesting the grapes.

For many years he worked and managed broad-acre farming properties with his brother Damian before starting to develop an interest in viticulture. In the late 90’s he established his first cool climate vineyard in the Adelaide Hills. With his knowledge and ideas gained from his first vineyard, Randal developed the family vineyard under the watchful eye and technical supervision of his father.

Randal soon recognized that traditional development methods used when establishing vineyards were inadequate. They compounded the problems in high rainfall zones with the potential for soil erosion, soil subsiding and poor development, resulting in vine establishment taking up to 5 years before the first commercial crop.

This recognition lead him to researching ripping technology with soil scientists, viticulturists, the CSIRO, mechanical engineers as well as a study trip to Europe. As a result of the research, assisted by Soil Scientist, John Rasic, he designed his own ripping technology. Randal called the new ripper the ‘Vibrosoiler’ – a vibrating winged ripper. The ripper has the ability to mix tops oil with the underlying subsoil improving water penetration and root growth. The technology has now been exported and is in use in California in the USA. To learn more about Soilworks visit agsoilworks.com. 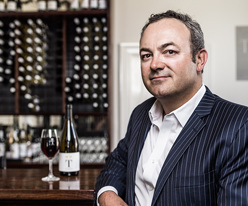 John’s initial passion for viticulture and wine making began during childhood when living on the parents’ vineyard at Coomealla near Mildura. A successful career in the medical profession did not stop him from returning to the Adelaide University to achieve a post Graduate Diploma in Oenology.

His passion for the art and craft of wine making shared with his wife, Vicki and his thirst for greater knowledge has led to him currently undertaking the challenging Masters of Wine Course from the Institute of Masters of Wine in London. 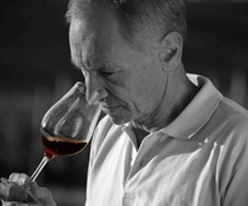 John, one of nature’s true gentlemen is an industry leader and well respected vigneron. Crossland has remained active in the industry throughout his career, serving many organizations. He is a past Director and President of the Napa Valley Grape Growers Association, past Board Chairman and Director of the California Association of Wine Grape Growers, current Board Member of the Paso Robles Wine Country Alliance, and an alumnus of the California Agricultural Leadership Program.

He began his viticulture career over thirty years ago, immediately after earning his Bachelor of Science in Plant Science from California State University. Establishing his vineyard management consulting firm in 1997 was a return to the Central Coast for John, having spent his first decade as a viticulturist near Santa Maria in the 1970s.

For eleven years prior to coming to Paso Robles, John was Vice President of Vineyard Operations at Beckstoffer Vineyards in the Napa Valley, including having planted and managed the world famous To-Kalon vineyard. 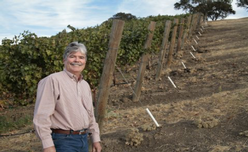 Ben Riggs’ winemaking career is coloured by stints abroad and time tending his own turf, getting to know the lie of the land that is McLaren Vale. Head back to 1985, and you will see him graduate from Roseworthy Agricultural Collegein Adelaide, what some call Australia’s Oxford of the wine world.

Since then, Ben has clocked 42 vintages, 14 of which were spent at the helm of Wirra Wirra in McLaren Vale. He also wears the rather mystical badge of Flying Winemaker. Destinations include: France, Napa Valley, Greece and Italy.

Ben’s wines have pleased many palates over the years including those of judges, winning 44 trophies and titles. He has also been nominated Gourmet Traveller WINE Winemaker of the Year in 2005 and 2013. Shiraz is Ben’s first love, having invested hours of hard yakka sculpting and perfecting the Angelina Jolie of varietals – complicated and needy yet incredibly alluring. McLaren Vale, Shiraz’s spiritual home, is Ben’s other first love, and it is this dual passion that drives him to champion McLaren Vale Shiraz on a global scale. 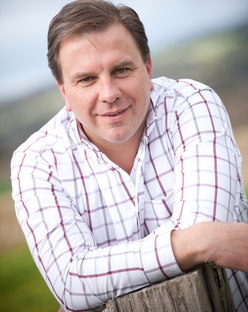